Sometimes we imagine Jeff Bezos sitting in his secret mansion on the moon looking with a telescope at a particular subcontinent and everybody is screaming the same four words: ‘Mirzapur 2 kab aayega?‘ Well, Amazon has dropped a whole teaser bomb of its Primevideo 2020 Hindi Web Series,  and we are looking forward to watching each one of them. Here’s a rundown of the upcoming shows with their release dates and more information. The article will be updated as and when the news roll out. 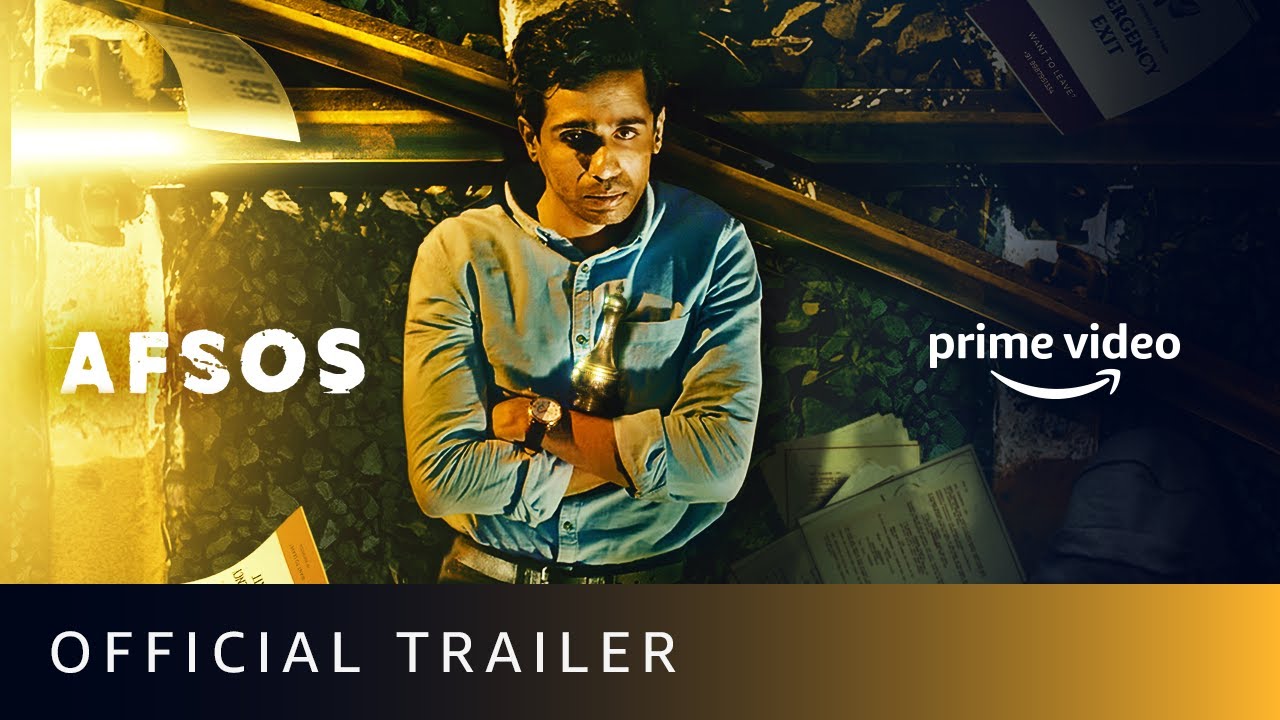 Nakul, A suicidal man on the hunt for his death fails every time he tries to die. Enter an agency that guarantees that you’ll be no more with the help of a deadly assassin. But Nakul changes his mind and the target painted on his back is fresh. How do they stop the assassin? Watch this black comedy by PrimeVideo, ‘Afsos’ streaming on 17th Jan, 2020.

UPDATE 24/1/2020: Amazon has, without any warning, released Afsos and removed it immediately. There were no explanations given and even the trailer has disappeared from the site. Lead actor Gulshan Devaiah has reassured fans on twitter saying that it will be back soon. What is worrying is that in the 2020 slate released by Prime, Afsos is heavily missing. THis was the show I looked forward to the most, the dark comedy aspect of it being a great attraction. Will update it as we have any news about Afsos. Watch this space. Kabir Singh’s ‘The Forgotten Army’ is the unbelievable story of Lieutenant Sodhi and his daredevil band of men and women who fought a heroic battle for the independence of India as part of the Indian National Army which was forged out of British defeat in Singapore during WWII and led by their fearless leader Netaji Subhash Chandra Bose. This Republic Day get patriotic with ‘The Forgotten Army’ streaming on PrimeVideo on 24th Jan, 2020. Shankar-Ehsaan-Loy providing the music for Bandish Bandits has been the highlight for this web series for the past year. We now know that the plot revolves around a millennial couple with two very different musical backgrounds. One’s a popstar and one a classical singer. It is helmed by Anand Tiwari of Love-per-Square-foot fame and will star Naseerudin Shah and Atul Kulkarni in prominent roles. Revisit the most horrific attack on Indian soil in this mini-series Mumbai Diaries – 26/11 which sees the debut of Konkona Sen Sharma in a web series. This one is going to be intense. “The Last Hour” is headed by Amit Kumar with Oscar-winning director of movies such as Senna & Amy,  Asif Kapadia acting as an executive producer. The crime thriller will come with a supernatural twist. AIB’s first fiction web series ‘Gormint’ (Formerly known as The Ministry) finally gets a first look after years of being stuck and delayed. We even covered it in our Unreleased web series blog post, check that out if you’re interested. 7 Unreleased Indian Web Series: Where are they now? The Resurgence of the Webisoda Blog – 2020

© 2021 Webisoda | All rights reserved.
All content rights belong to their respective owners.
TOP