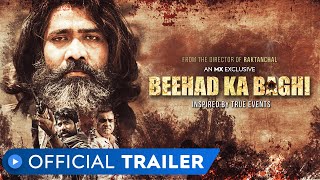 
The series, Beehad Ka Baghi, is based on the life of a dreaded dacoit of Chitrakoot, Bundelkhand. It’s a story of a simple man Shiva, who to revolt against the murderous brutality of the village Thakur, takes to arms and becomes a bandit. Thereafter, with his sheer brilliance, Shiva evolves such a powerful ecosystem that the police, administration and even the most powerful politicians become subservient to him. He remains unvanquished for over 30 long years. His downfall comes when his most trusted man betrays him for his personal ambition.

Where to watch Beehad Ka Baghi?