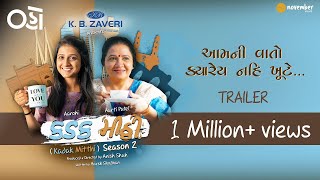 When Shivangi, a much pampered daughter who has never lived outside of her house and city, moves to a metro city for a job, her mother Mayuri who initially panics finds a new found friendship with her while chatting on phone calls. Both mother and daughter bring out the bitter sweet essence of everyday life through their series of quirky, unfiltered, and heartwarming conversations.

Kadak Mitthi is a gujarati drama web-series starring Aarti Patel and Aarohi. It is created by Anish Shah. Kadak Mitthi is currently streaming at Oho Gujrati.

Where to watch Kadak Mitthi – Season 2 Out Now?