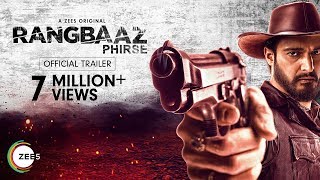 
Rangabaaz Season 1: In the heartland of India, dive deep into 90s Gorakhpur that’s tinged with rampant crime, violence, and politics. This one is not for the faint-hearted. Watch Rangbaaz now on Zee5.