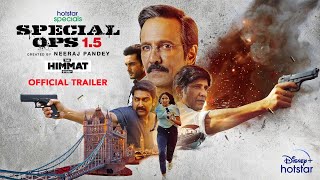 
Season 1: The story through the eyes of Himmat Singh is based on the inspiration was taken from Nineteen Years of nationally significant events, several espionage missions were undertaken by India in the last two decades.

Season 2: After the 2001 Indian Parliament attack, a young and idealistic R&AW officer had a theory. In 2003, he had a mystery. This is the story of Himmat Singh.

Where to watch Special Ops – Season 1.5 Out Now