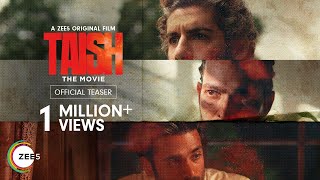 
A story of two friends whose lives change forever when a past secret comes to the fore and sets off a chain of violent incidents. Will the revelation also test the duo’s long-standing friendship? The film will release on ZEE5 on 29 October 2020 as a feature film and as a six-episode series simultaneously.

Where to watch Taish?