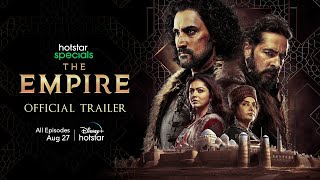 
The story of a king battling against enemies, fate, family, death and even himself, in search of his kingdom. The series focuses on the rise and fall of Mughal Empire through generations from Babur to Aurangzeb. The story starts in Farghana where a young prince Babur is the heir to the king. Ousted at a young age he begins his campaign for the conquest of North India.

Where to watch The Empire