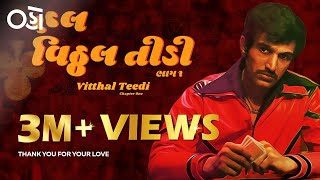 
Vitthal is a man from humble origins and an exceptional skill with playing cards. He is a gambler no one can defeat, winning games against all his opponents. However, when he decides to join the big leagues, get a taste of city life, his fate throws him a curveball. There are indeed bigger fish in the sea, ready to gobble him up whole. It is not his luck but his skill as a player that will keep him afloat.
Vitthal Teedi is a gujarati drama web-series starring Pratik Gandhi, Ragi Jani, Prashant Barot and Prem Gadhavi. It is created by Abhishek Jain. Vitthal Teedi is currently streaming at Oho Gujrati.

Where to watch Vitthal Teedi?