Bengali Web Series has captured the hearts of all of its viewers with its vivacious, colourful and cultural storylines. With the advent of OTTs, regional content like the Bengali web series has progressed by leaps and bounds. The creative screenwriting and direction and the unique storylines are truly captivating and bring a fresh perspective to the entertainment industry! Consumers are no longer bound by the language of the content they watch, it is the quality and beauty of the story that they watch- and Bengali web series are right up there on everybody’s watchlist!

Platforms such as Hoichoi, Addatimes and Klikk work to stream and host bengali content exclusively among other platforms occasionally supporting Bengali content.

Don’t know how to start your journey into the world of Bengali OTTs? Don’t worry, we have your backs!

What will your favourite web series be? The complete story is distributed in two parts. One of which revolves around 4 ex-IICans ... Read more It was 2018, when Bengal was shaken by the infamous “Bhagar” scandal. A significant victim ... Read more

A high-profile Bengali businessman gets murdered in Puri, leaving more death and the unveiling of ... Read more 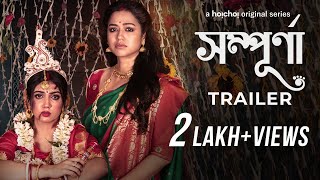 Does marriage mean the end of a woman’s rights over her own body? As Sampurna ... Read more Homicide detective Kaiser Chowdhury takes on a double murder that turns out to be much ... Read more

Season 1: Rudrapur and Anandagarh are two legendary schools of Indian classical music. However, these ... Read more Encrypted is a cryptic story that evolves around the lives of 2 sisters, Taniya and ... Read more 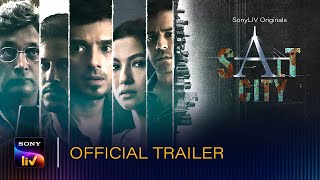 A drug dealer from the Geneva Camp of Bangladesh gets involved in a spine-chilling conspiracy ... Read more