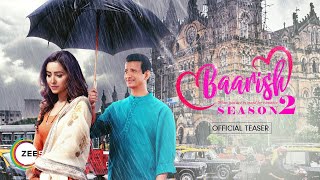 Season 1: An arranged marriage gone right. In this tale watch how two paths converge, one of Anuj, a well-to do businessman with a background of simple life and hard work and another of Gauravi who belongs to a middle class family who hold education in high regard. The arrangement is transactional, it takes time to fall in love but the rains have their own say in the matter.

Season 2: It was the rains that brought Anuj and Gauravi closer, but circumstances forced them to part ways. Will the showers of love reunite them? .

Where to watch Baarish?

Baarish is a Hindi web series produced by ALT Balaji, Zee5 and is now streaming on AltBalaji, Zee5. This show is on Season 2 now and is Paid to watch.