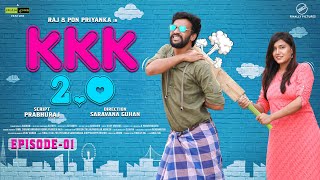 KKK 2.0 is an Indian Tamil language web series produced by Actually and is now streaming on Youtube OTT Platform.

It is directed by Saravana Guhan and is a Comedy, Drama show. This show is on Season 1 now and is Free to watch.

The Introduction of the characters as well as the story, where we show their way of living, work, and the relationship between Them with fun fledged, humorous visuals .

KKK 2.0 is now streaming on Youtube. This show is on Season 1 now and is Free to watch.

Where can I watch KKK 2.0 web series?

All Episodes of KKK 2.0 are streaming right now on Youtube.

There is currently no information on whether the popular Drama web series KKK 2.0 is set to return on Youtube or with any other platform with its new season. We will update when the streaming platform announces.

No, KKK 2.0 is a fictional web series and not based on a true story .

Can you watch KKK 2.0 with family?

Yes, KKK 2.0 is made keeping the sensitivities of kids & parents in mind and you can enjoy it with your entire family.

How many seasons of KKK 2.0 are there?

Is KKK 2.0 available on MX Player?

No, KKK 2.0 is not available on MXPlayer. It is a Youtube web series and you can watch it there for free .

No, KKK 2.0 is not available on Netflix. It is a Youtube web series and you can watch it there for free .

No, KKK 2.0 is not available on Amazon Prime Video. It is a Youtube web series and you can watch it there for free .

Where is KKK 2.0 series available?

The series KKK 2.0 began streaming on 13 March, 2022, with currently Season 1 out right now and premiered online on Youtube.

KKK 2.0 was directed by Saravana Guhan. 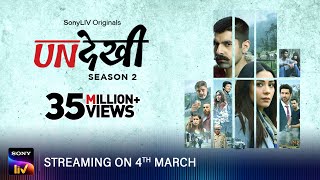