Hello and welcome back to another edition of Webisoda’s Weekly Update. This week has been very happening for the world of entertainment. Let us get right into it!

Secondly, CW cancelled its show The Legacies after four seasons. The Legacies is a spin-off of the famed Vampire Diaries and The Originals. Fans seem disappointed with the cancellation as the show was finally picking up pace and living up to its predecessors.

In the world of movies, we have Chris Pratt’s Jurassic World taking over the box offices across the globe. Jurassic World- Dominion is the final instalment of the franchise, and possibly the last Jurassic movie that we could watch for the foreseeable future. The movie brought together the stars of Jurassic Park movies and the Jurassic world movies in a tribute to bid a graceful goodbye to the franchise.

Here in India, Kartik Aryan and Tabu’s acclaimed performances in Bhool Bhulaiyaa 2 have kept the movie at the top here in the nation. The movie has crossed over 100 crores in revenue and is a fan favourite.

Now back to our weekly watchlist, let’s go!

Friday Night Plan: Farhan Akthar and Ritesh Sidhwani’s Excel Entertainment brings to us a highly anticipated thriller- Friday Night Plan. The production has been kept under tight wraps and no plot details have been revealed. All we know is that the series stars late actor Irrfan Khan’s son Babil Khan and veteran actress Juhi Chawla. Babil Khan will also be seen in another web series The Railwaymen, a story about the 1984 Bhopal gas tragedy. 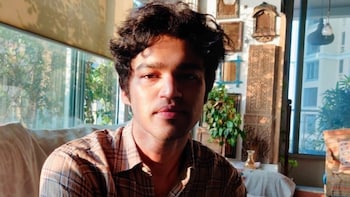 Illuminati: Controversial duo Yo Yo Honey Singh and director-producer Mahesh Bhatt come together for a hair-raising release- the Illuminati. The series aims to bring forth the truth behind Illuminati. The makers also chose to reveal the title of the production on 06/06/2022 at 6 pm as an ode to the devil’s number 666. Would you watch the series?

Masoom:  Fan favourite Boman Irani marks his OTT debut on Disney+ Hotstar with Masoom, a staggering psychological thriller which shows us the loss and grief that the person experiences when they lose a loved one. This is an adaptation of the acclaimed Irish thriller Blood. Are you excited to see Mr Irani for the first time on the small screen?

Kuch Kuch Film Jaisi: This Bengali production is the brainchild of Anindgita Dasgupta. She broke the normality with many peculiarities. The series released an abnormally long 7+ minutes trailer. It will also feature multiple twists and turns.

That brings us to the end of our watchlist for this week. What series are you most excited about? Keep an eye out in this space for the latest updates on all new web series and their platforms!